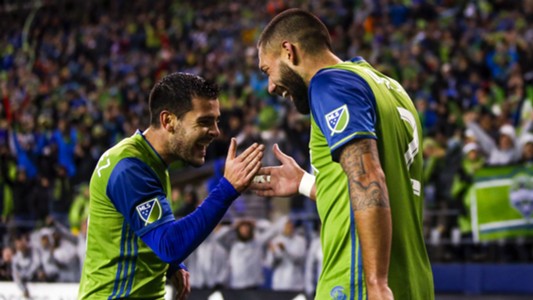 The 28-year-old was signed up in early August with a view to adding more quality to the Sounders attack.

Rodriguez was initially expected to play a backup role in the Sounders squad, but his position has been changed in recent days after it was revealed that 2016 MLS Rookie of the Year Jordan Morris will be sidelined for weeks with a hamstring damage. The youngster suffered the injury during the 1-1 draw against LA Galaxy, and the impetus will now be on Rodriguez to contribute towards the attack.

“It’s unfortunate Jordan was injured but we’re a team with lots of good players. Obviously, he’s a very good player and it’s difficult to replace him but we have a lot of good players that adapt to challenges and a strong bench that we can call on many players to do that. I’m ready [to fill in] and I’m happy to be here. My teammates took me in, as well as the training staff, so that makes things much easier,” Rodriguez is quoted as saying on MLSsoccer.com after the Sounders’ practice on Thursday.

At 5 foot 7, Rodriguez does not have a physically imposing figure as that of Morris, but his first four appearances for Sounders have shown flashes of shiftiness, creativity and precise set-piece taking skills that initially drew the Sounders’ attention towards him.

Rodriguez has had the opportunity to feature in Barcelona’s renowned La Masia academy at the start of his career, but he was released alongside Jordi Alba as they were deemed small. Alba has since forged his way back to Barcelona from Valencia, but Rodriguez has had a different route with the likes of Badalona, Zaragoza and Sporting Gijon prior to his Sounders move this summer.