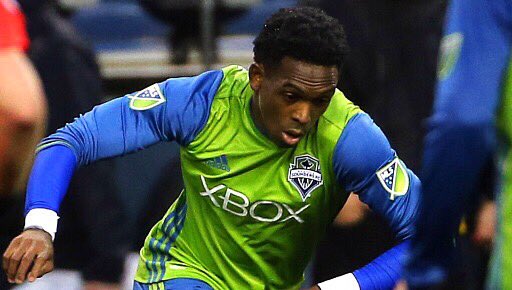 Speaking to reporters, Brian Schmetzer confirmed that Anderson is still sidelined after he twisted his knee awkwardly during a non-contact drill on Monday, he said: “He twisted his knee. It was his repaired knee, so obviously there’s some concern there. That’s why we had him come off the field. He was just by himself and landed funny. I feel bad for the kid because he’s super talented.”

The Sounders head coach did not give an actual timeline for 21-year-old’s return but indicated the team still have high hopes in the St. Vincent and The Grenadines international, he added: “We’ll stick with him. He’s a good kid, he’s worth the effort. It’s just a shame because he was close to getting back into full training. That stuff happens, but you feel bad for him.”

Sounders are virtually guaranteed a place in this season’s MLS playoffs, provided they secure a solitary point in the final two games versus FC Dallas and Colorado Rapids. Both Salt Lake and San Jose Earthquakes are currently on a negative goal difference, and Schmetzer’s side are in cruise control, so long as they avoid defeats in both of their upcoming fixtures. The Western Conference club are currently on a run of two defeats in their last three matches, and they will have to guard against any complacency to avoid any late twist to the campaign.