Should the report be true, the Paraguay international could be a game-changing signing for the Sounders, who have enjoyed a good run of form which has propelled them up to fifth in the standings. The 23-year-old has often featured as a left-sided midfielder, but he is also capable of taking up an attacking position. Gonzalez joined Dynamo from Swiss giants Basel back in 2015, and he has since bagged five goals in 35 league outings. END_OF_DOCUMENT_TOKEN_TO_BE_REPLACED

Major League Cup champions Seattle Sounders fell to their seventh defeat of the season following a 2-1 loss to New York City FC over the weekend.

The game was played in soggy conditions in the modified Yankee Stadium, but Sounders managed to score first via a well-timed finish from Cristian Roldan. With the game going into the half at 1-0, Seattle looked good money to maintain their lead until a controversial penalty was awarded in the 52nd minute. World Cup winner David Villa tried to get New York City FC back into game, and his thrust into the box from the left side saw him topple over Oniel Fisher, who made a well-timed challenge.

However, the referee chose to give the opposition the advantage as he deemed Villa was fouled to the ground. The former Barcelona man eventually converted the penalty to bag the 50th goal of his New York City FC career, and this provided them the impetus to push forward for the win. Both Seattle and New York had played through steady downpour of rain over the course of the game, and the deciding goal came from none other than Villa himself who timed his shot from the left towards the far post beating Sounders keeper Stefan Frei. END_OF_DOCUMENT_TOKEN_TO_BE_REPLACED

In spite of the absence of several key players, Schmetzer is prepared to line up his best possible squad against Portland Timbers, who could take the Cup as a practice game for their rookie players. Timbers boss Caleb Porter hinted last weekend that he could rest his main players to focus on the Western Conference, and this could in turn see a reserve team make their appearance on the night. END_OF_DOCUMENT_TOKEN_TO_BE_REPLACED

Seattle Sounders forward Clint Dempsey have received medical clearance that allows him to train normally with his team.

The player had to end his season prematurely last year as he was diagnosed with an irregular heartbeat.

Seattle Sounders did not want to take any risk with the player and allowed him to take time off from the team and focus on his treatment.

However, the player has now received medical approval to train again with the team as it appears that his heartbeat has returned to normal.

Clint Dempsey has returned to the first team since Tuesday and has even taken part in the preseason training.

The forward said that he is excited to be part of the team ahead of the new season and that he is looking forward to having a great campaign. END_OF_DOCUMENT_TOKEN_TO_BE_REPLACED

Seattle Sounders managed to finally win the MLS Cup, something which has eluded them for quite a while.

This was the first MLS Cup title for the club, although they have won several trophies like the Lamar Hunt U.S. Open Cup and Supporters’ Shield in the last 10 years. However, not many affected the club to win the title especially in the campaign when long-serving coach SigiSchmid departed to be replaced by Brian Schmetzer. The 54-year-old was appointed in August 2016 and it did not look like Seattle Sounderswould in the campaign in a successful manner.

It has not been the case, as a penalty shootout victory over Toronto FC helped the club lift the title for the first time. It was one of the dullest finals in the MLS Cup history, as both teams failed to score in 120 minutes of action. It was also the first time such an event has occurred. END_OF_DOCUMENT_TOKEN_TO_BE_REPLACED 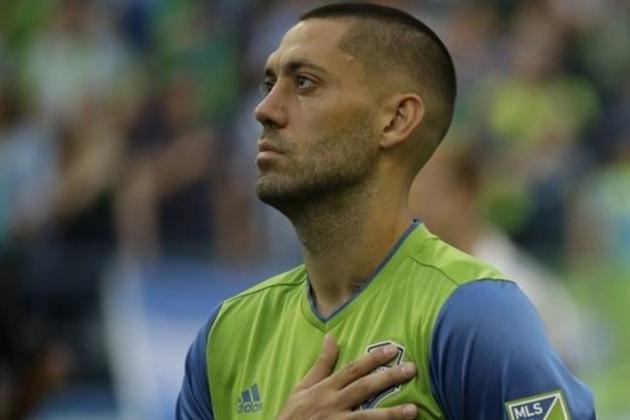 Garth Lagerwey said that Seattle Sounders still believe that the player will be back in the team next year. However, he added that they would not be putting any pressure on the player as his health is more important that the club. He admitted that it would be a big loss for the team but at the moment they need to focus on the treatment and ensure that there is no danger to the player’s health.
END_OF_DOCUMENT_TOKEN_TO_BE_REPLACED