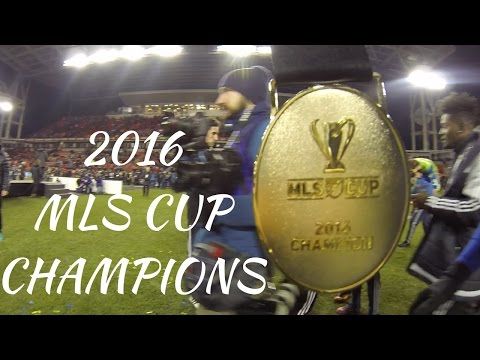 Victor Rodriguez was one of the new faces for Seattle Sounders in the game against Vancouver, as he came up with a strong debut. The Spanish midfielder was signed earlier this month and the 28-year-old winger was able to get a penalty. This was converted by Nicolas Lodeiro, but Seattle Sounders were unable to hang on to this advantage. END_OF_DOCUMENT_TOKEN_TO_BE_REPLACED

“[Rodríguez] is a player [Vice President of Soccer and Sporting Director] Chris Henderson has scouted for almost two years now,” Lagerwey said. “He’s seen him multiple times live and I want to give Chris a lot of credit because he really was dogged about this one. He had never been available and suddenly he was available and popped up and we thought, ‘Well, OK this is a guy we’ve been tracking for a while and are pretty excited about.’” END_OF_DOCUMENT_TOKEN_TO_BE_REPLACED

In spite of the absence of several key players, Schmetzer is prepared to line up his best possible squad against Portland Timbers, who could take the Cup as a practice game for their rookie players. Timbers boss Caleb Porter hinted last weekend that he could rest his main players to focus on the Western Conference, and this could in turn see a reserve team make their appearance on the night. END_OF_DOCUMENT_TOKEN_TO_BE_REPLACED

On December 10 of 2016, Toronto FC played against Seattle Sounders for the finals of the 2016 MLS Cup in a match that concluded with a goal-less scoreboard as neither teams were able to score a single goal throughout the entirety of the game and the winner had to be decided through a penalty session. Seattle Sounders was the side that emerged victorious after what was an intense and dramatic penalty kick-off and Brian Schmetzer along with his squad marked their name in the history-books of the MLS outfit as they had never been able to lift the MLS Cup before, this is and was their very 1st MLS Cup that the American club has lifted.

It was and continues to be a historic date for Seattle Sounders and the MLS club has recently unveiled a way for supporters of the club and for anyone at all to kind off experience what it’s like to see them fulfilling this memorable accomplishment. END_OF_DOCUMENT_TOKEN_TO_BE_REPLACED

Seattle Sounders forward Clint Dempsey have received medical clearance that allows him to train normally with his team.

The player had to end his season prematurely last year as he was diagnosed with an irregular heartbeat.

Seattle Sounders did not want to take any risk with the player and allowed him to take time off from the team and focus on his treatment.

However, the player has now received medical approval to train again with the team as it appears that his heartbeat has returned to normal.

Clint Dempsey has returned to the first team since Tuesday and has even taken part in the preseason training.

The forward said that he is excited to be part of the team ahead of the new season and that he is looking forward to having a great campaign. END_OF_DOCUMENT_TOKEN_TO_BE_REPLACED

Seattle Sounders managed to finally win the MLS Cup, something which has eluded them for quite a while.

This was the first MLS Cup title for the club, although they have won several trophies like the Lamar Hunt U.S. Open Cup and Supporters’ Shield in the last 10 years. However, not many affected the club to win the title especially in the campaign when long-serving coach SigiSchmid departed to be replaced by Brian Schmetzer. The 54-year-old was appointed in August 2016 and it did not look like Seattle Sounderswould in the campaign in a successful manner.

It has not been the case, as a penalty shootout victory over Toronto FC helped the club lift the title for the first time. It was one of the dullest finals in the MLS Cup history, as both teams failed to score in 120 minutes of action. It was also the first time such an event has occurred. END_OF_DOCUMENT_TOKEN_TO_BE_REPLACED