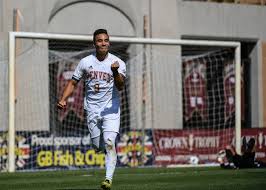 The game against Rapids witnessed an ongoing disappointment from Seattle, who could only manage two shots on target in the 90 minutes. The first setback came just a few minutes before the break when Andre Shinyashiki scored in the 41st minute. His second of the game came in the second half just when Seattle were hoping for a slice of luck. In the end, Seattle had to lack of three points at the Dick’s Sporting Goods Park once again. Schmetzer claimed that the result was very disappointing even if the club without a number of international players, who had been away on international duty. It is quite possible that Seattle may drop to as low as fourth in the table if results go against them.
END_OF_DOCUMENT_TOKEN_TO_BE_REPLACED