Nicolas Lodeiro had made an impressive show for Seattle Sounders in their win over FC Dallas during the Western Conference semifinals or the 2016 Audi MLS Cup Playoffs. 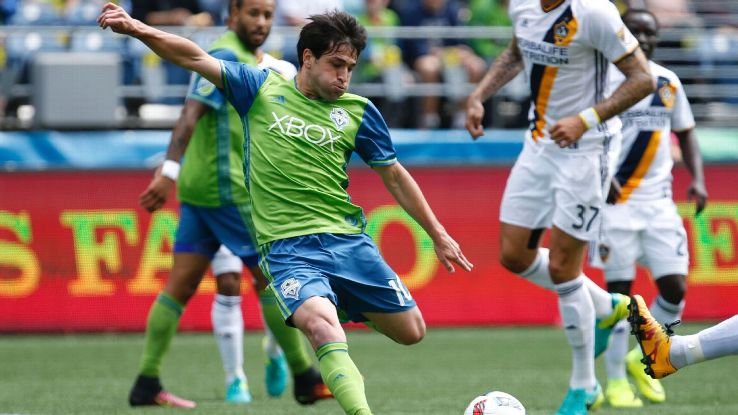 Lodeiro, who had been given Sounders’ Designated Player had come off with a brace for his team during the first leg just last week. On Sunday also, and in a bid to destroy any hopes of a potential comeback for the hosts, he had given his team a crucial goal.

The goal, which came in the 54th minute of the game, saw Lodeiro receive a cross from Tyrone Mears, and beat goalkeeper, Chris Seitz to score the only goal of the match.

This exceptional performance so far, thus puts him in the same league with players such as Clint Dempsey, Nelson Valdez, Eddie Johnson, and Osvaldo Alonso contesting for the most career playoff tallies (three) in the MLS history of the club.

“Big players show up in big games,” midfielder Brad Evans had said. “[Lodeiro] did exactly what he was supposed to do. He carries the team… Not that we’re riding his coattails, but he is the pivot for this team right now.”

So in an attempt to step down the oncoming pressure at the left side of the pitch, we switched with Jordan Morris after 30 minutes. Throughout the match, he was able to keep the opponents defenders on their toes, as he possessed the flank, throwing in dangerous crosses. The Seattle Sounders next game in the Western Conference Championship would be against Colorado Rapids.