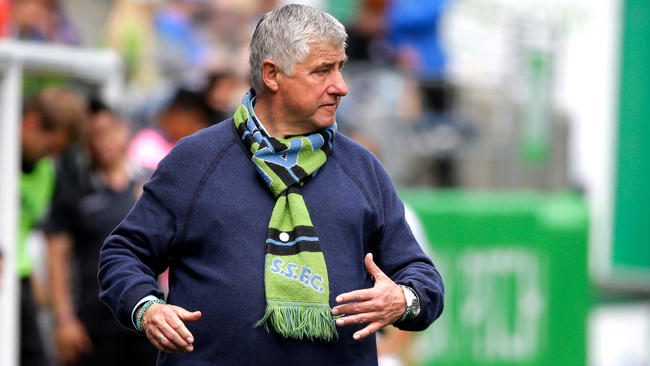 Schmid has led the Sounders for the entirety of their MLS history, and despite winning the US Open Cup on four occasions, and the MLS Supporters Shield once during his time in charge, the mutual agreement to terminate his contract was predicted by many beforehand. However, some within the game have questioned the timing of the decision, with such a shake-up in midseason leaving the club in a difficult position.

Schmid certainly leaves the Sounders on good terms, and his tenure in charge will always be looked back on with fond memories, however it is now left to former Assistant Coach Brian Schmetzer to take over the reins on an interim basis. Schmid had this parting message for supporters after his departure:

“I’m proud of the success we’ve achieved in winning five major trophies in Seattle, qualifying for the postseason for seven-straight seasons. My only disappointment is that we were unable to bring home an MLS Cup to our tremendous fans, who have always been supportive through good times and bad. In closing, I want to thank the Sounders FC organization, the club’s fans and the city of Seattle for this amazing run.”

The Sounders face an uphill struggle for the rest of the season, and they have the underdog odds of 40/1 to win the MLS Cup in 2017 from bookmakers Betway. With a tough run of fixtures to come, things could well get worse before they get better for Seattle. Schmid is one of the MLS’s most successful coaches in history, and having won the title with Columbus Crew and the LA Galaxy prior to joining the Sounders, demonstrates what kind of character the team will be losing.

The Sounders face off against the Galaxy this coming weekend, and it will certainly be interesting to see how many of the regular 40,000 supporters cram into the CenturyLink Field. The Galaxy, who boast a roster containing the likes of Steven Gerrard, Robbie Keane and Ashley Cole are the 19/10 favourites in the soccer odds from Betway for the match.