A new face arrived at CenturyLink Field this week but it’s an extremely familiar one as Lamar Neagle returns to the club for his fourth stint with the team. The midfielder links up with the side once again after the Sounders traded a fourth round pick in the MLS Super Draft with struggling DC United. 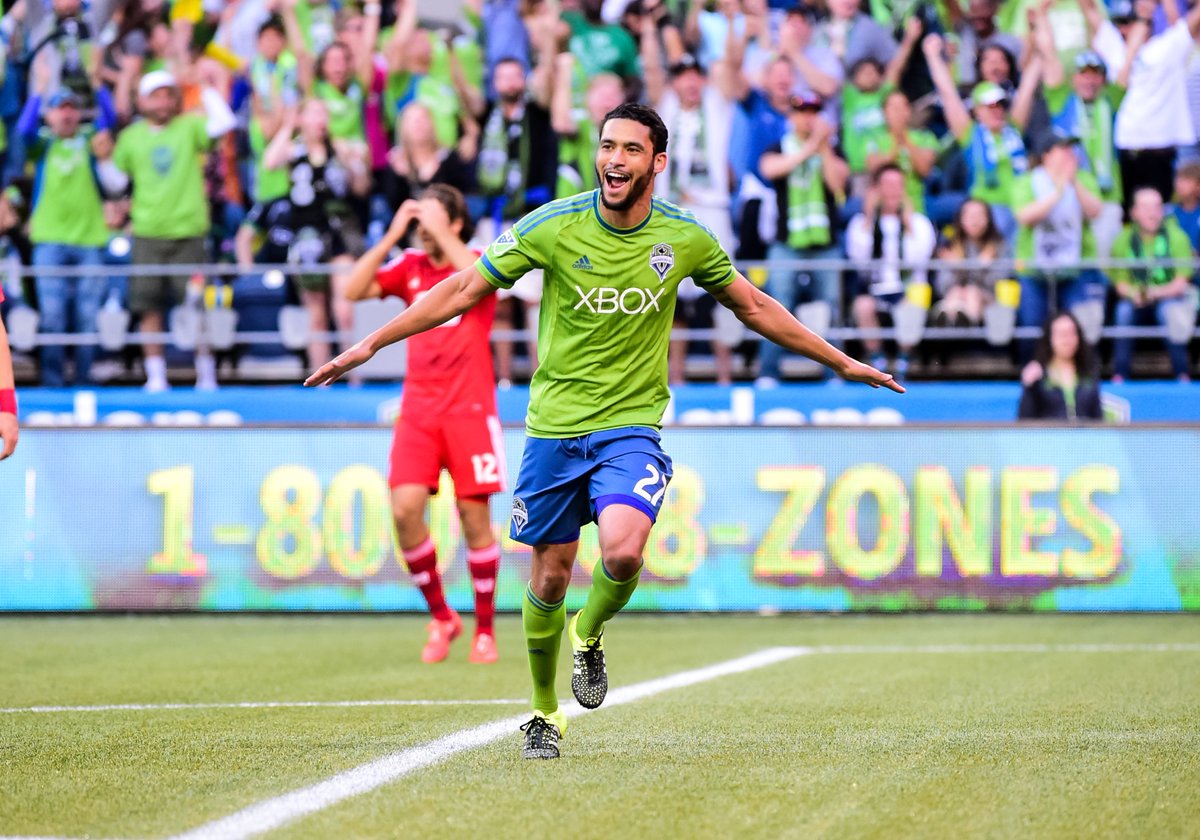 Neagle has spent eight years competing in the MLS and has spent five of them in Seattle colours. Brian Schmetzer was keen to add to his squad and the acquisition of Neagle can only help competition for places.

Seattle Sounders are on a terrific run of form with their most recent victory a resounding 4-0 success against Minnesota at the TCF Bank Stadium. Away successes are few and far between in the MLS but Schmetzer’s men put in the perfect counter attacking display with Clint Dempsey and Will Bruin both on the scoresheet. Jordan Morris is also back amongst the goals, which is a huge positive for the club.

That victory helped move them up to fourth in the Western Conference putting them level on points with Houston Dynamo and FC Dallas, who sit second and third respectively. They’re just three points behind leaders Sporting Kansas City who they will face on Saturday, August 12, a game which could see Neagle play some part.

Neagle has struggled to make an impact at DC United, with just one goal in 22 appearances this season but he wasn’t the only underwhelming squad member as the side sit rock-bottom of the Eastern Conference with just 19 points collected from their first 23 games. The club have also seen defender Bobby Boswell depart this week, as he joins Atlanta United.

Neagle has also featured for Montreal Impact and Finnish outfit Mariehamn during his career but the 30-year-old returns to very familiar turf and will be hoping to break into the side over the coming months.

His most prolific spell at the club came in 2011 when he netted five times in 23 appearances, including a hat-trick against Columbus Crew, and featured heavily in the US Open Cup and CONCACAF Champions League. He has 38 goals in total for the side, making him the fourth-highest scorer in the club’s history and he will no doubt be aiming for the half-century during his fourth spell in green.

The Sounders are unbeaten in seven consecutive matches but they aren’t resting on their laurels as they search for reinforcements. Derlis Gonzalez is a name who has been heavily linked with the club although the two parties are struggling to agree terms.

The West Coast club are popular with MLS punters on current form and are regularly included in weekly accumulators. Many websites such as Footy Accumulators offer daily tips and advice on the kind of teams who could be included alongside the Sounders in weekly multiple bets. Seattle have won four of their last five matches and are particularly popular with bettors when playing at CenturyLink Field.

Neagle will have to be patient and await his opportunity to make an impression as he joins a side who are in excellent form. His versatility in the final third will come in useful throughout the season as the club aim to cement an end of season Play-Off position.